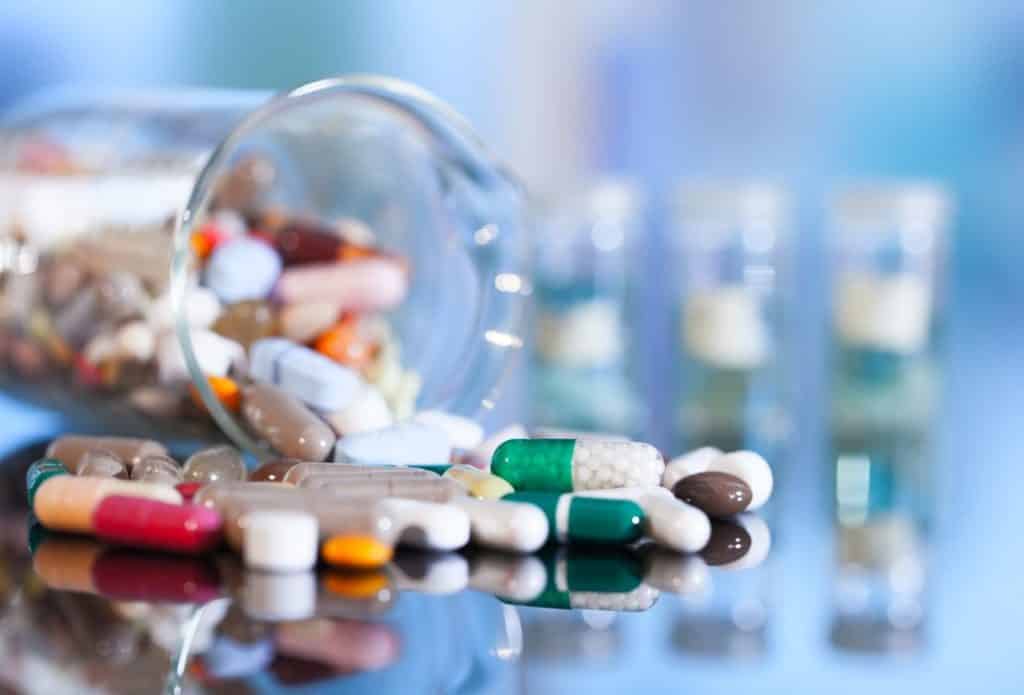 MEDICINAL TREATMENTS: WHAT ARE THEY?

Fortunately, effective and safe medicines exist for the treatment of allergies, which affect almost 30% of the population. The main drugs used are antihistamines, medicines to control allergic inflammation (cortisone derivatives for topical use, cromones and antileukotrienes) and bronchodilators to prevent bronchial contraction in asthmatics. These different medicines often need to be used in combination to achieve the best effect. 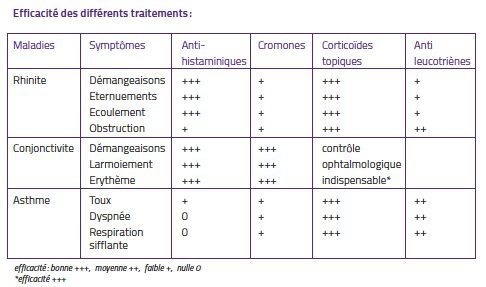 WHAT THERAPIES ARE USED TO TREAT ALLERGIES?

They are designed to neutralise histamine by competing with this substance, which plays an important role in allergic reactions. These drugs have been around since 1937, and those commercialised before the 1980s, the so-called 1st generation, proved very effective from the start. However, their use was associated with the major disadvantage that they could cause a certain sedation, which was particularly worrying for drivers (impaired driving ability, drowsiness). In the course of the last25 years, 2nd generation antihistamines have come onto the market that have practically no sedative effect at all. Antihistamines exist in the form of medications that are either taken orally (tablets, syrup or drops) or applied topically (nasal spray or eye drops). They are rarely used in the form of ointments or gels, as these can trigger contact allergies themselves.

Oral antihistamines are very effective for rhinitis, conjunctivitis and urticaria, both in children over 2 years old and in adults. However, they are of little use for asthma. Oral antihistamines of the 2nd generation can be taken for a long time because of their excellent tolerability. They are inexpensive, can be used as needed because the effect sets in after about 30 minutes and generally lasts 24 hours.

In emergencies (e.g., attack of hives), levocetirizine is often used because of its rapid action. Antihistamines reduce itching, nasal flow, sneezing and lacrimation. They are less effective for reducing nasal obstruction (nasal congestion) and in these cases, unfortunately, certain patients have a tendency to overuse over-the-counter vasoconstrictor nasal drops, which are actually intended to decongest and disinfect the nose in infectious rhinitis. Caution should be exercised with these topical vasoconstrictors, which, if used for more than a week, cause irritation of the nasal mucosa or worsening of nasal obstruction.

Antihistamine nasal sprays are rarely used because they are less effective than corticosteroid sprays. However, since 2012, there has been a nasal spray that combines an antihistamine with a topical corticosteroid and has shown efficacy in severe rhinitis that does not respond adequately to a topical corticosteroid spray. It is important to note that a simple nasal cleansing spray with salt water can be useful before using sprays with medicinal agents, especially if there is crusting, so that the medication can be better absorbed. On the other hand, antihistamine eye drops are very appreciated because they work very quickly and reduce the symptoms of conjunctivitis after only a few minutes. Nevertheless, they should not be used daily for more than 6 weeks, because prolonged use can cause eye dryness.

Since spring 2003, a CO2 extract from the leaves of the butterbur ”Petasites hybridus” has been approved for the treatment of allergic rhinitis. Some studies show that this plant has anti-allergic properties similar to those of classical antihistamines. This medicine is appreciated by patients who rely on natural therapies. However, as with some plant-based medicines, the risk of a toxic effect on the liver cannot be excluded in principle, as the roots of butterbur contain toxic alkaloids which are not present in the leaves used to extract this medicine. Therefore, pregnant and breastfeeding women are advised against this treatment.

These drugs are used locally mainly in the form of eye drops and nasal and bronchial sprays. They are very well tolerated and have practically no side effects, but must be used several times a day to achieve the best effect. They are also much less effective than topical corticosteroids for rhinitis and asthma. Therefore, they are used for these last two indications, especially in children, to avoid having to use topical corticosteroids. On the other hand, they are often prescribed to reduce conjunctivitis symptoms in both children and adults, as topical corticosteroids can only be used with great caution in the eye.

Cortisone derivatives for topical use

These medications, prescribed in liquid form or as a dry inhalation powder, are the most effective treatment to control the inflammation associated with allergic rhinitis and asthma. They can help improve all the symptoms of these two diseases. For these indications, they have very few side effects if the recommended dosage is followed, which is especially important in young children to protect their growth. They can also be prescribed to pregnant women. If it is necessary to use them in strong doses over a long period of time, they must never be stopped abruptly, because then there is a risk of adrenal insufficiency, especially in children.

Their use in the form of eye drops is delicate and requires control by an ophthalmologist. For example, corneal herpes is a strict contraindication to such treatment. In addition, long-term use of cortisone-based eye drops increases the risk of developing glaucoma or cataracts.

Topical corticosteroids are so effective for rhinitis and asthma that cortisone for oral use fortunately rarely needs to be prescribed. Intramuscular injections are strictly discouraged, especially for hay fever, because the fact that the whole organism is “supplied” with a not insignificant dose of cortisone for more than 6 weeks is not without side effects. All the more so as we sometimes have longer periods of rain here, which alone provide relief for the patient: in these cases the depot injection would have been superfluous!

Finally, for skin allergies (especially eczema), when moisture-based creams are not enough, cortisone derivatives in the form of creams, pomades or ointments are used for a short period (about a week, then in regressive doses, repeat if there is another flare-up). It is important, especially in children, to follow the prescribed administration schedule as well as the duration of treatment recommended by the doctor, as the cortisone applied to the skin can lead to skin atrophy (especially on the face).

For some years now, drugs (tablets) have been available that are able to reduce the release of leukotrienes in the organism. Leukotrienes are substances that can reduce the inflammation of the mucous membranes of the respiratory tract, which is why these medicines are mainly used for asthmatics. They are less effective than topical corticosteroids, with which they are often combined, as this generally allows the dose to be reduced. They are used alone mainly for mild asthma, especially exertional asthma, and less often for obstructive allergic rhinitis. They are very well tolerated and montelukast can also be given to infants as young as 6 months.

With regard to asthma, mention should also be made of bronchodilators (sprays or inhalation powders), which open up the bronchi by relaxing their muscles, thus making it possible to “stop” an asthma attack quickly. Their rapid action (a few minutes) has made them very popular. However, these medicines, when used alone, have no effect on the state of inflammation of the bronchial mucosa. Therefore, if a patient needs to use their bronchodilator more than 2 times a week, it is necessary to have daily treatment with topical corticosteroids.

In rare cases, treatment of allergic asthma with the various medications mentioned does not respond. t is therefore possible to supplement the treatment with injections of monoclonal antibodies that can bind to the antibodies of the allergy to block them. However, these very expensive medications can only be prescribed by specialists, after a detailed assessment regarding the severity of the asthma and its characteristics.

HOW ARE THESE TREATMENTS USED?

In a patient with mild rhino-conjunctivitis, an oral 2nd generation antihistamine is suggested if needed, as these inexpensive drugs start to work in less than an hour for rhinitis and conjunctivitis. If this proves insufficient, complete the treatment with eye drops (cromones and/or antihistamines) for eye irritation and topical corticosteroids for the nose for rhinitis. In this case, the medication must be taken regularly to stop the inflammation of the nasal mucosa.

In asthma, a bronchodilator is only described as the only medication if the attacks are not very frequent (less than 2 per week), otherwise regular basic treatment with topical corticosteroids, and/or antileukotrienes must be taken. These basic medications are used together with bronchodilators, which increases their effectiveness. Finally, for skin allergies, oral antihistamines reduce itching, both in eczema and hives. For eczema, it is important to moisturise the skin daily with basic ointments. If this proves to be insufficient, cortisone-based ointments are used for a limited period of time according to the doctor’s instructions. 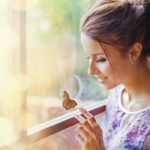 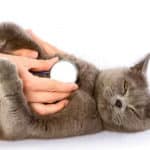 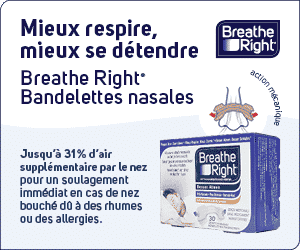 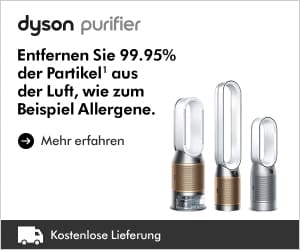 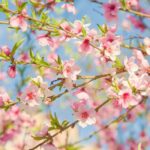 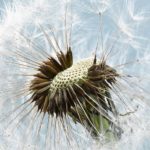